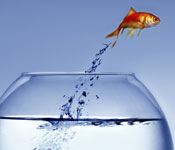 Since the mid 1900’s municipalities have been adding small amounts of chlorine to tap water to help eliminate harmful bacteria and pathogens. The chlorinated water will also kill bacteria around your plant’s root zone including the beneficial kind.

Recently some municipalities have been adding chloramines. Chloramines are a biocide that combines chlorine and ammonia and is much more stable than chlorine. Chloramines will not dissipate by bubbling air or by boiling. One of the best ways to remove chloramines is by expensive Reverse Osmosis filtration. 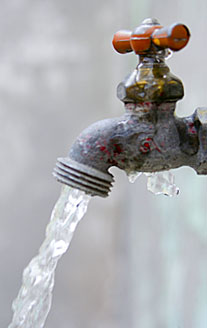 Plants can utilize trace chlorine ions found in soil, but these ions are not the same as the chlorine molecule that is solvent in chlorinated tap water.  In a garden soil profile, water treated with chlorine can have a harmful impact on beneficial microorganisms (See Benefiting Benficials). Plants that absorb chlorinated tap water may show signs of yellowing or burned leaf tips; this sensitivity varies among plant species as well as the plant’s current stage of growth.

The common practice is to allow chlorinated tap water to rest. This allows the chlorine to escape as gas before using the water for watering plants. This greatly reduces the potential of plant damage.

How long should chlorinated tap water rest to remove the chlorine? The answer depends on several factors:

Higher concentrations of chlorine require longer resting times to dissipate. Generally tap water contains about one part per million of chlorine.  One gallon of chlorinated tap water in a five gallon bucket would need to sit for approximately 24 hours to be chlorine free.  Warmer water sounded by higher atmospheric temperatures and humidity will also require more resting time.  Adding air via an air-stone will reduce resting time, but not significantly. 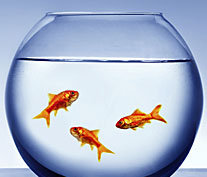 Adding HydroRush, to chlorinated tap water, will significantly reduce the time for the water to be chlorine free from hours and days to minutes.

HydroRush acts chemically providing an ionic charge that will instantly react with chlorine resulting in off-gassing chlorine.  Allowing you to use chlorine free water in your garden quickly.

Remember, it is always better and healthy for your garden to use chlorine free water than to use fresh tap water.