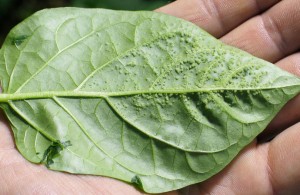 Well, another day of learning for me.

Before I knew it Nick and Hank rushed to the scene and were doing the same.

This photo (left) is what was causing the entire stir.

Unbeknownst to me, Hank has mastered the art of "Google-Fu". While Kevin and Nick were frantically examining all the plants (every single one of them), Hank declared the diagnosis, "Edema".

Apparently too much water was accumulating in the soil. This can typically happen when the roots absorb water at a rate faster than is lost through transpiration. The remedy, drying the soil more than normal between each watering and make sure there is adequate circulation (oscillating fan).

I felt like I was in an Emergency Room watching these Plant Doctors save the day. These are Men of many talents at The Garden Spout.

Note this only occured in the Pepper Plants in Soil and not the Hydro. Remember we’re letting the Hydroton dry out adequately (6 hours) before flooding the tray with nutrients.

Today was also Nutrient Change day, so I’ll have more to report tomorrow. Plus, Nick had some good suggestions on how to optimize our Deep Water Pepper Plants. 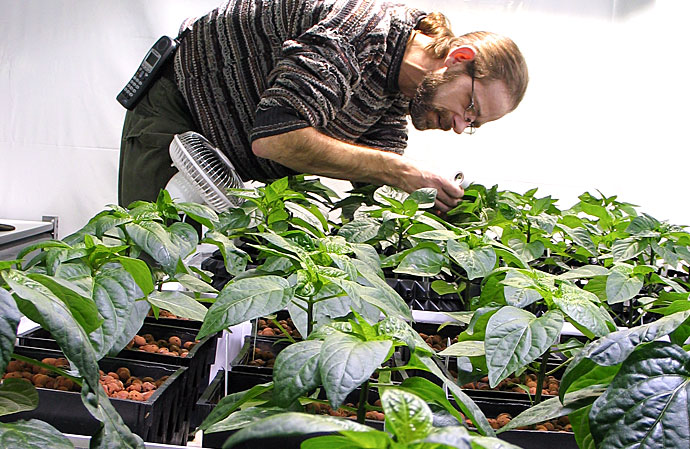 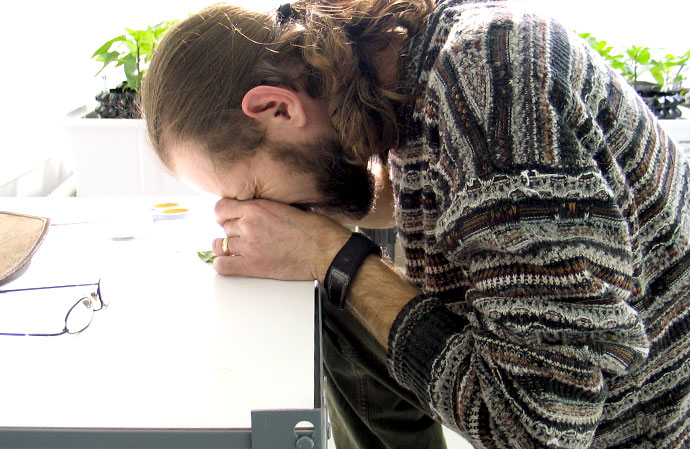 I almost forgot what you came here for. Today’s images of the Pepper Plants. 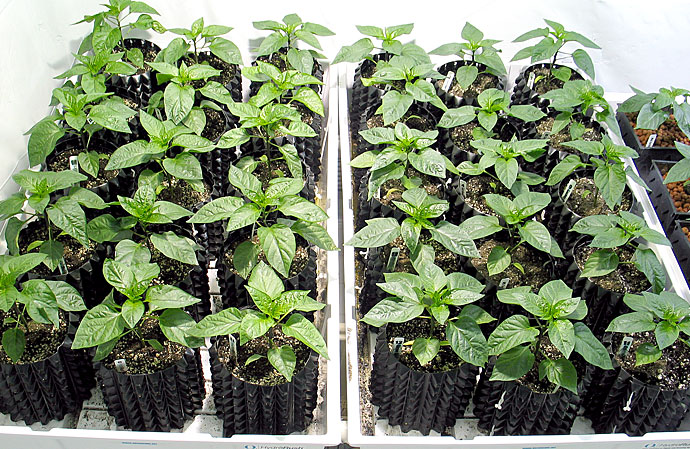 HydroRush Pepper Plants are on the left. 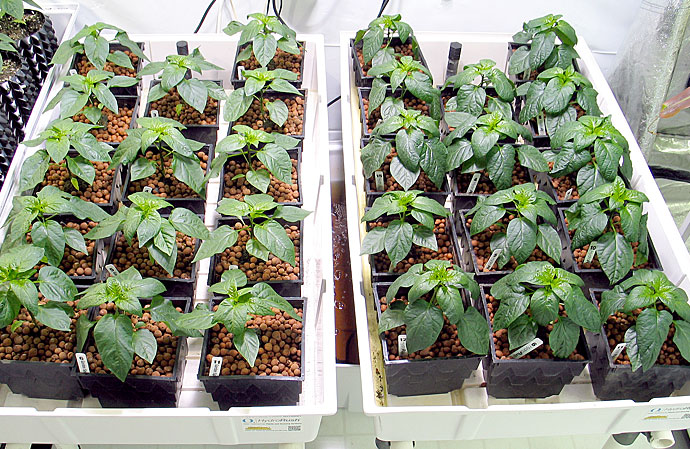 HydroRush Pepper Plants are on the right.

One Response to “Day 26
Edema Alert”